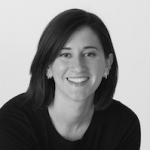 Risks Aren’t Just for Artists (We’re looking to you, Government)

This post is part of our Public Art Network 2018 Year in Review blog salon. The Year in Review presentation is available for purchase in our bookstore.

At the end of 18 months of conversation, debate, creation and synthesis, the City of West Hollywood had its cultural plan. Five principles guided The Plan’s recommendations, among them #5: Experimentation. Distinct from other processes where the consultant proposes a template framework at the outset, ours was an iterative one. We spent time learning from City experience, testing ideas, and designing new engagement strategies as we spoke with local artists, officials, and residents, improving the quality of the feedback we received and strengthening the social capital we built. In all, over 1,700 individuals contributed to the process, in some cases through more than one of the forums for participation.

Rather than bring on a single artist, we sought out three, ensuring that no stand-alone vision would control the data’s narrative.

Iterative planning can be a challenging proposition for government. Yet, the City of West Hollywood’s Arts Division and its Arts and Cultural Affairs Commission embraced the sentiment shared by a resident during the planning process that “Good art is art that takes risks.”

But, what would such a phrase mean for government, and how did risk ultimately influence the cultural plan?

Throughout the process, we worked to acknowledge the often one-sided nature of planning, which has an extractive quality, by bringing intention to how we communicated our work. This included a commitment to sharing more of our data—more than just a final planning document—in compelling ways in the places that residents live and frequent. We knew that artists needed to be our partners in achieving this.

Sharing information from the cultural plan became the opportunity to develop a project new to the City—a data visualization project—in the form of digital media and temporary art installations. Guided by the experience of the City’s Public Art Coordinator Rebecca Ehemann, our call was an open one, requesting qualifications rather than proposals, and providing a fixed commission. Rather than bring on a single artist, we sought out three, ensuring that no stand-alone vision would control the data’s narrative. Artists Maria Lamadrid and Sean Noyce, and artist group YoMeryl were selected. They explored the qualitative and quantitative resources and mined them for ideas. Their backgrounds and qualifications were distinct, so too the data that interested them.

For the particularities of each project, the Arts Division became its advocate inside City Hall:

The resulting projects—ArtEverywhere, Dream Cloud, and The City of Creative Delights—were partnerships between the City and the artists that allowed for new ideas to surface and West Hollywood’s public art to reach new altitudes. Data visualizations that we had originally anticipated in digital form took physical shape, as each artist expanded on their visions and used the commission as its own source of experimentation—presenting in new mediums and on new platforms. 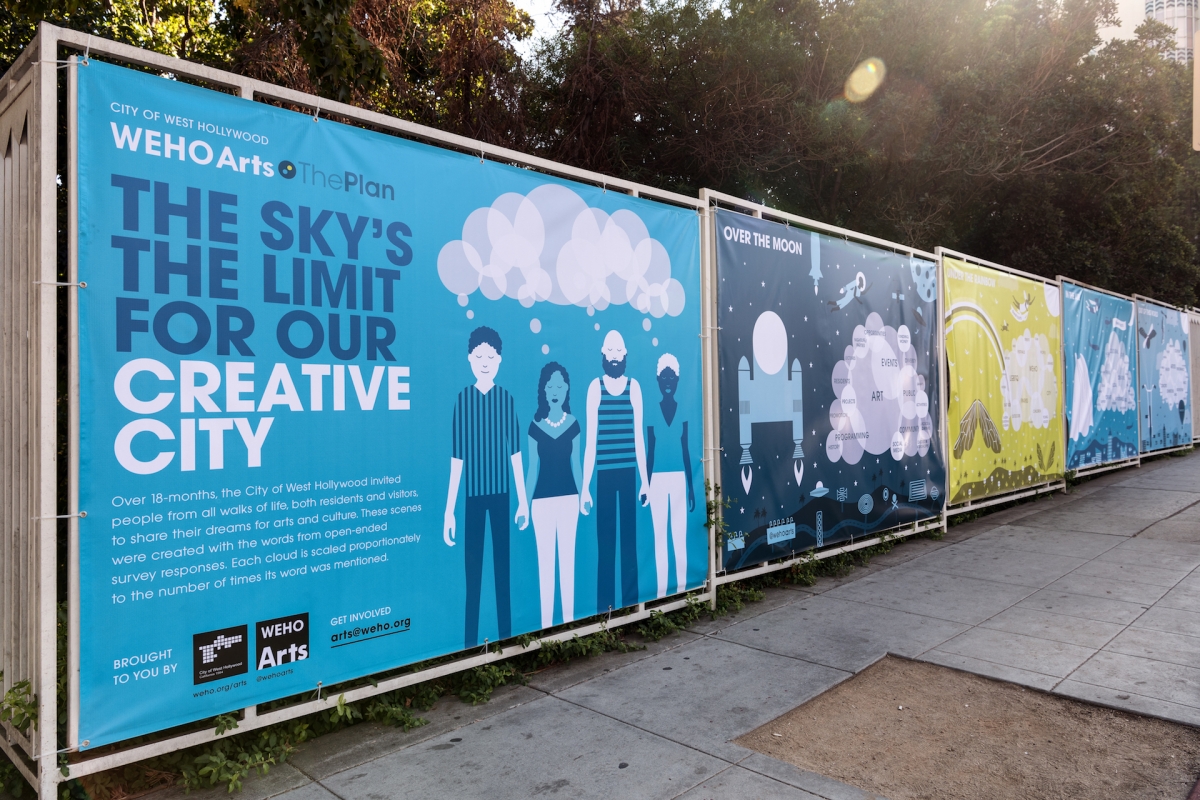 The City’s Arts Division was not alone, though, in its support for these ideas. The data visualization project was funded through the City of West Hollywood’s Innovation Grant, an internal opportunity for City departments to advance civic innovation. With the City’s Innovation Division and its Communications Department, we used the Innovation Grant to tap into the funding, experience, and creative power that could leverage the City’s broader communication channels to disseminate the artists’ projects. 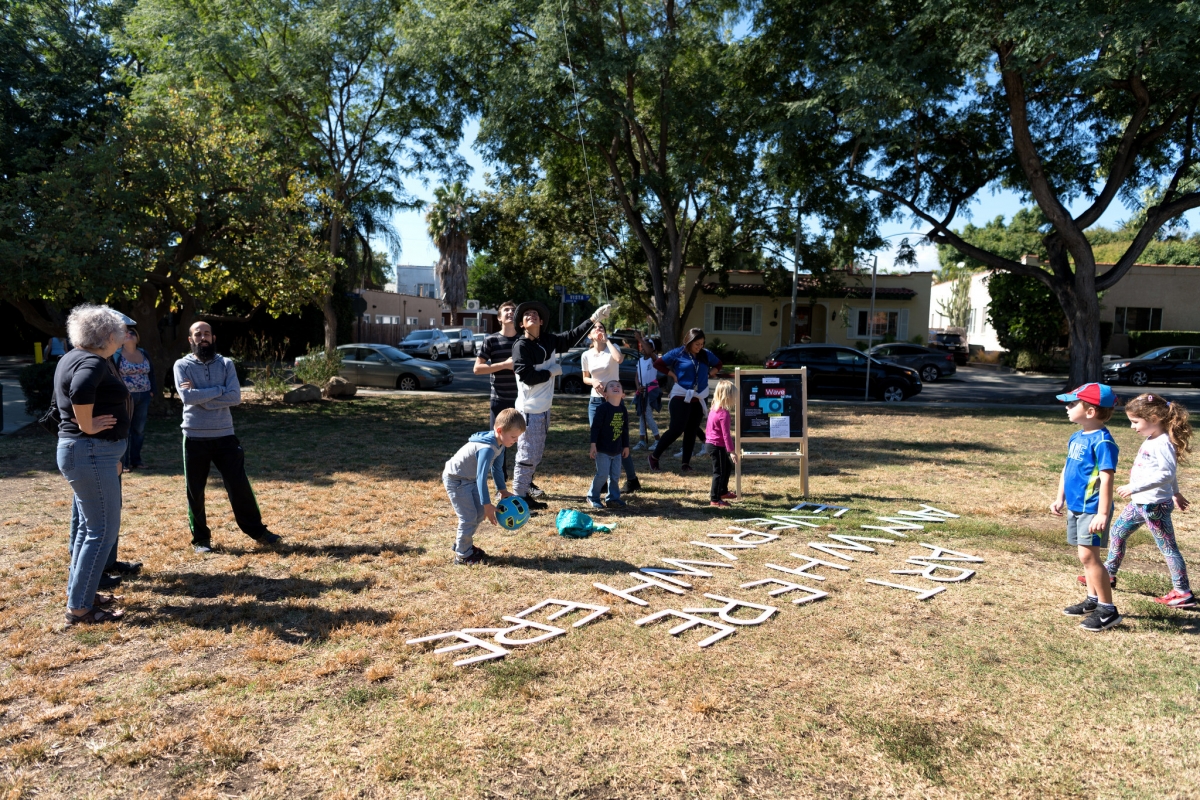 Experimentation for WeHo Arts: The Plan often happened at the boundary of what we as facilitators and staff imagined, what we had faith in artists to create, and how we invited others to share ideas and information with the process. Our role as organizers often shifted to the role of advocates, ensuring that an artist’s ideas could come to fruition and wouldn’t be impeded by a pre-existing way of doing things. Such activities required various levels of approval. Individuals in leadership were invited to be partners in the work from the beginning, which helped them understand the artists’ work from the outset and eased the path for new ideas and installations.

Underscoring the value of the project, Andrew Campbell, City of West Hollywood Arts Manager, reflected, “The recognition from PAN, of course, meant a great deal to us, especially as it affirmed the risk-taking and innovative strategies to communicate our newly adopted cultural plan.  We hope that this might serve as an example to other divisions in West Hollywood to work with artists to bring new ideas into the planning and implementation of projects.”

As drivers stopped at red lights watching scrolls with the word “Grant” fluttering above an animated City Hall, library-goers passed pale clouds of assorted size filled with arts verbiage. Across town, a teenager guided the ascent of a red weather balloon as it rose above the park, snapping photos of potential locations for public art. ArtEverywhere, Dream Cloud, and The City of Creative Delights returned to residents new interpretations on the data behind the collective vision of WeHo Arts: The Plan.

Please contact Rebecca Ehemann, City of West Hollywood Public Art Coordinator, or Amanda Carlson, Cultural Planner, to talk about the data visualizations project or other elements of the cultural planning process. We want to learn from the network of Americans for the Arts collaborators.