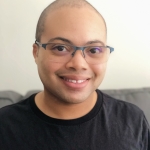 This is the second post in the series The Impact of COVID-19 on Intentionally Marginalized Artists and Creative Workers. Read the introduction post here.

It’s been almost a year since the coronavirus put the U.S. arts and culture sector in lockdown. At Americans for the Arts, we spent the last year surveying artists and arts organizations across the country. The results are clear: artists in the United States are hurting, and those who are intentionally marginalized have been hit harder, likely because of inequities that have long existed prior to the pandemic.

While weekly updates are available on our website, this series does a deeper dive into the data that we’ve collected from April 2020 through now. Data collection for the second Artists and Creative Workers survey is ongoing. Please consider sharing with your networks.

Before we jump into the data, two quick notes:

The majority of respondents (95 percent) reported a loss of income due to the pandemic.

The most common way of supplementing lost income was searching for other employment (83 percent). However, 63 percent of respondents reported being fully unemployed due to COVID-19.

The second most common method of supplementing income was dipping into savings (79 percent). Non-BIPOC respondents were more likely to use this method (82 percent), with non-BIPOC men the most likely (84 percent).

In contrast, disabled BIPOC and BIPOC men were the least likely to use their savings (74 percent). Open-ended responses revealed that many respondents do not have savings to dip into.

“You must have savings to use them. We are a family and can barely cover expenses at the best of times.”

Indeed, 55 percent of respondents reported having no savings. This percentage is higher in BIPOC respondents (66 percent) compared to white respondents (48 percent), with the most difference seen in Native Hawaiian/Pacific Islander (76 percent), Indigenous (73 percent), and Black respondents (72 percent).

For those who do have savings but are not using them, open-ended responses indicate that they are holding on to what they have in order to cover any emergency expenses.

Out of the remaining options to supplement income, the bottom two choices were dipping into a retirement fund (20 percent) and crowdfunding/fundraising (20 percent).

Open-ended responses revealed a reluctance to using this method because they felt like others may need the money more.

“I don’t want to burden others in similar financial strains.”

“[I] feel weird about asking for help when others are in worse shape.”

There can be no doubt that artists are suffering financially due to the coronavirus pandemic. Disabled and BIPOC artists especially are feeling the strain. Look out for the next post in this series where I’ll look at the social impact of this pandemic.