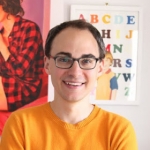 Painting By Numbers: How Cities Can Use Data to Support the Arts

Although cities increasingly rely on data to help shape policy and identify service gaps, there is often skepticism from both the creative sector and government about whether metrics can meaningfully capture the impact of the arts. In a field where variety of creative expression is fundamental, how do you count what really counts? For cities that recognize their artists and cultural institutions as a critical part of the economy and essential to quality of life for residents, arts data can be a powerful tool to advocate for culture alongside other city services. Data can also help city leaders understand who is and isn’t being served by government arts dollars and expand access to arts experiences in every community. Through best practices and case studies, Arts Data in the Public Sector: Strategies for Local Arts Agencies aims to help arts agencies and city leaders show measurable impact, identify priority policy areas, and establish more equitable and inclusive practices to promote access to the arts across communities. 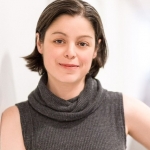 As the Art in Public Places Program Manager for the City of Austin, Texas, Sue Lambe is responsible for the existing public art collection of over 300 pieces and for the active permanent and temporary art projects underway throughout Austin. Established by the City in 1985, the Art in Public Places (AIPP) program collaborates with local and national artists to include the history and values of the Austin community into cultural landmarks that have become cornerstones of the city’s identity. “Viewing public art that is available 24/7/365 as a museum without walls in shared civic spaces has been an amazing resource for exploration, exercise, dialogue, and connection. The opportunity to visit an artwork and share the visit on social media to create conversation despite the requirements of COVID isolation has great value.” 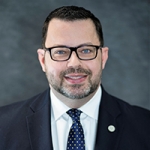 How to Secure a Local Proclamation for National Arts & Humanities Month

Proclamations are a wonderful way that your mayor, city council, or your city (or county) in general can easily show its support for the arts and culture. Each year, Americans for the Arts encourages advocates to work with their local and state elected officials to issue a proclamation declaring October National Arts & Humanities Month in their city, county, or state. They allow elected officials to easily demonstrate their support for the arts, offer a written document for advocates to use year-round to demonstrate the value of the arts and culture, and serve as a tool to engage other arts advocates in their local communities. For those who have never done this before, I thought that I would offer a how-to guide help you understand the process of obtaining a proclamation.

A Strong Equation: How State Arts Advocacy Efforts are Paying Off!

The National Assembly of State Arts Agencies (NASAA) recently published their FY 2020 State Arts Agency Revenues Report. By any measure, the report paints a very positive picture for state funding of the arts, with year-to-year appropriations increasing by more than 37% to a grand total of almost $495 million in total legislative appropriations. Because the economy is doing well, it stands to reason that SAA appropriations would be higher. While it is true that a strong economy makes increases more likely, a strong economy alone cannot explain this year’s massive increase. There in an interesting equation at work: If your state has a State Arts Agency that is engaged in thoughtful programming, a strong statewide arts advocacy organization, and advocates who are proactively engaged with your state’s existing political leadership, more funding/pro-arts policy are possible! 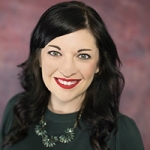 So far, 2019 has been a banner year in the world of federal arts advocacy. Throughout the spring, we saw promising bipartisan benchmarks for support of an increased budget for the NEA in FY 2020. However, our work advocating for pro-arts policies doesn’t stop with funding for the NEA. Americans for the Arts, along with national coalition partners, has pursued more federal legislative priorities this year than ever before. From tax policy to transit, healthcare to education, we’re working to ensure expanded arts access and opportunity throughout the country. You can get more information and send a message to your congressional delegation about any of these bills through our Action Center.

The U.S. Congress will take its traditional month-long recess in August. Members of Congress will be in their home states and districts holding town halls, making visits to local organizations and businesses, and taking meetings in their local offices. Wondering how to continue your arts advocacy momentum during the long recess? Participate in the August Arts Advocacy Challenge to stay involved and make an impact.

The U.S. Census and the Arts

At the Americans for the Arts’ Annual Convention this past June, quite a few members voiced concern about the upcoming U.S. Census. In many communities, there is worry that an inaccurate count could negatively impact towns, cities, regions, and even states, and disproportionately affect people who are already marginalized. This blog is meant to give information on the Census, its impact, and what arts and culture agencies across the United States are doing to ensure a comprehensive and equitable count. The U.S. Census is a consequential tool for distributing time, attention, and money in all sorts of ways—including ways that are deeply impactful on the arts. It is also an increasingly politicized tool, and as we round the corner into the 2020 U.S. Census, it is important to understand what the U.S. Census is, what it influences, what the implication of certain proposed changes could be both generally and for the arts, and how arts and culture agencies and organizations are mobilizing to ensure a fair, full, and unthreatening U.S. Census count.