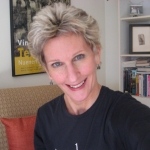 Flashback: 2002. Aesthetics and related questions of criticism, evaluation, and meaning in community-based arts are grist for a session at Alternate ROOTS’s 25th anniversary Focus on Community Arts South gathering. Participants applauded the assertion that “theory and thinking are not just academic concerns.” They advocated notions of “critical generosity” and “critical intimacy” that fostered more dialogue and border crossing between artists and critical writers in order to capture the intention, complexity, and richness of community-based practices. To prevent aesthetic clichés, stereotypes, and inaccuracies, hip hop dance artist Rennie Harris added that sharing dialogue may require both artists and critics to code switch, and to understand how language intersects with power.

The Aesthetics of Politics, Art, and Communications

When we begin to wrap our heads around the fact that culture-making surrounds us on a daily basis, and that everyday people are now both consumers and producers of symbolic production, we can then more accurately approach the question of aesthetics and politics, and begin to see how it operates around us daily.

The question of aesthetics and politics is certainly not new. It has been both a productive and destructive line of inquiry throughout much of the 20th century, much debated between Bertolt Brecht and Theodore Adorno, and the Constructivists and social realists of the Russian Revolution. It sat at the heart of the Harlem Renaissance, was rife throughout 2nd wave feminism, was a central concern of the Zapatistas revolution, and was prominent in so many other social movements. It is a question that is as clumsy as it is urgent. It is neither new nor resolved.

This is all to say: if the topic of aesthetics and politics gives you a headache, find odd comfort knowing that you are not historically alone.

Though the practice of design encompasses both form and function, conversation about it often circles around aesthetics—the graphics of the next iOS operating system, for instance, or the sleek lines of the newest Tesla model. In these instances, we assume that the objects are going to work; no one doubts whether or not the iPhone can accommodate newer iOS versions or whether the vehicle can actually carry people. When we discuss design in the social sector, however, this premise is problematic since whether or not a design solution meets a user’s needs can’t be taken for granted.

What role, then, do aesthetics play in social impact design?

Calling Out to the Old Radical Herbert Marcuse

The definition of aesthetics drafted for 2014 ROOTS Week seems to have stood up usefully: “aesthetics are means by which art and art-making respond to and stimulate sensory and emotional experience, and how such sensory and emotional experiences contribute to meaning. Understood this way, we believe the term can be applied affirmatively and effectively to community-based arts practice for social justice.”

This statement was crafted as a positive strategy to counter the common assumption that aesthetics is way of thinking devoted to the establishment of standards of excellence or criteria of evaluation, all too often predicated on the dominant culture. The strategy seemed to work at ROOTS, where the conversation has advanced past defensive posturing to a pretty vital engagement with learning how to talk about the actual sensory and emotional experience of conceiving, making, and receiving art, especially in the context of ROOTS’s artistic commitment to working for social, economic, and environmental justice.

What is Beauty Without Justice?

where it’s soul should be

In defining aesthetics, beauty is often a central criterion. However, the concept of how beauty is determined is extremely flawed. So much of our understanding of what is beautiful is informed by traditional images and ideas celebrated by the dominant culture. So in unpacking beauty and its connection to aesthetics in America, a country deeply wounded by white supremacist ideology, we have to ask: who gets to define what’s beautiful?

A Brute in America: Poetry and an Interrogation of Violence

I’ve been in a bunch of fistfights. I fought many years into my adult life. After brawling, me and dudes in my crew would slip from the scene, hit a diner, order burgers or late-night breakfasts, then tell stories of what just went down. We recalled the damage. We reconstructed the fragments of how the fight started and who was where and what happened in what order.  We talked about what startled us and even what amazed us or made us laugh. Mostly, fear, sorrow, and regret went unsaid. Then, we all went home.

The inner life for people of color contains whole landscapes.