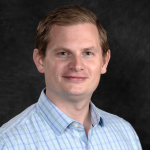 This is one in a series of blogs about trends that will impact the arts in 2022 and going forward. Links to the introduction and full series appear at the end of this post.

The planet is heaving, as are the human populations living on it. Whether we’re talking major weather events and icebergs the size of cities, the threat of global war, oppressive legislation at home, or a looming election amid governmental stagnation, much feels topsy-turvy these days.

Climate Change Climax
In March of this year, in an extraordinary illustration of what’s happening to our climate, the Arctic and Antarctic simultaneously experienced heatwaves with temperatures up to 70 degrees above normal. The latest U.N. Intergovernmental Panel on Climate Change report indicates that climate change is happening faster than predicted, is now to some degree inevitable, and will ultimately significantly affect more than 40% of the world’s population—most in populations already systemically marginalized. Some action is evident, however: companies, governments, and lobbying groups continue to make plans and pledges, the SEC is considering pushing for “climate disclosures” for businesses, and the U.N. seeks to roll out early warning systems for climate-related extreme weather worldwide within the next five years.

Invasion and Occupation
The foreign invasion of a sovereign European country occurring as Russia invades Ukraine may be drawn out or quick; either way, it is already devastating and has substantially changed the global calculus. Beyond Ukraine, there are at least 10 countries currently facing deadly conflict, humanitarian emergency, or other crises including Ethiopia, Sudan, Afghanistan, Columbia, Palestine, and Syria.

An Anti-Moment
We are in a moment of “anti-” sentiment: a rise of anti-trans and anti-LGBTQIA+ legislation, efforts to attack and minimize women’s rights including access to abortion, voter suppression laws in advance of the midterm elections, anti-Asian and anti-trans hate crimes, and a general shift towards radicalization and tribalism. It can feel dark, especially for those in the groups being discriminated against. There are some signs of backlash against such rhetoric, from both voters and businesses—but the effort to unteach hate and instill empathy is going to be the work of generations.

Midterm Mania
We’re roaring up on midterms, as illustrated by the spate of attention-getting, often vitriolic legislation in the news and the rush to challenge electoral maps and pass restrictive voting laws. While things aren’t looking great for Democrats, there’s a lot that can happen between now and November. One thing that isn’t terribly likely to happen is a lot of major legislative wins in Congress—but some things do seem to be quietly moving, including the possible bipartisan reauthorization of the Workforce Innovation and Opportunity Act, which governs most labor and workforce funding in the country.

How will these trends impact the arts?

While many of the trends in this category are more universal and/or “upstream,” the thing about streams is they always flow down. Climate change is already affecting the living habits of millions of people in ways large and small, and in the coming decades it will affect where we can have homes (and studios and performance venues), how much it costs to maintain internal climates that are comfortable, the availability of materials, and more. Similarly, burgeoning violence, invasion, and occupation are affecting systems and costs globally and locally, and likely will soon spark migrations that may impact cultural organizations and foster engagement by and with artists. On these scales, the potential impact of elections and state and national policy are closer and clearer, and accessibility to culture for millions of people may be affected.

2022 Trends That Will Impact the Arts