Art is a connecting vehicle, bringing together people from different backgrounds and perspectives. It can shift attitudes and behaviors. Art can even spark a movement.

Case in point is Collide: Cuyahoga Falls, a nonprofit organization dedicated to enriching the community through the promotion, creation, and appreciation of the arts in Cuyahoga Falls, Ohio.

It began five years ago following another collision of sorts: conversations between Molly Hartong and Matt Weiss, who met through the Cuyahoga Falls Chamber of Commerce.

Graphic designers by trade, Molly and Matt found they shared a mutual passion for the arts. They knew the importance of artistry and the benefits of being compensated for their work. Conversations began on the importance of art, support for artists, and the effect art had on their community. Those conversations quickly grew from personal concerns as to why things weren’t happening in their city, to meeting, connecting, and networking with like-minded individuals who saw a need for more artistic representation in the Cuyahoga Falls community.

Based on these conversations and their own personal experience, they asked themselves a few simple questions: Is there an organization in the Falls that represents a strong arts community? Is an organization needed to effect change? 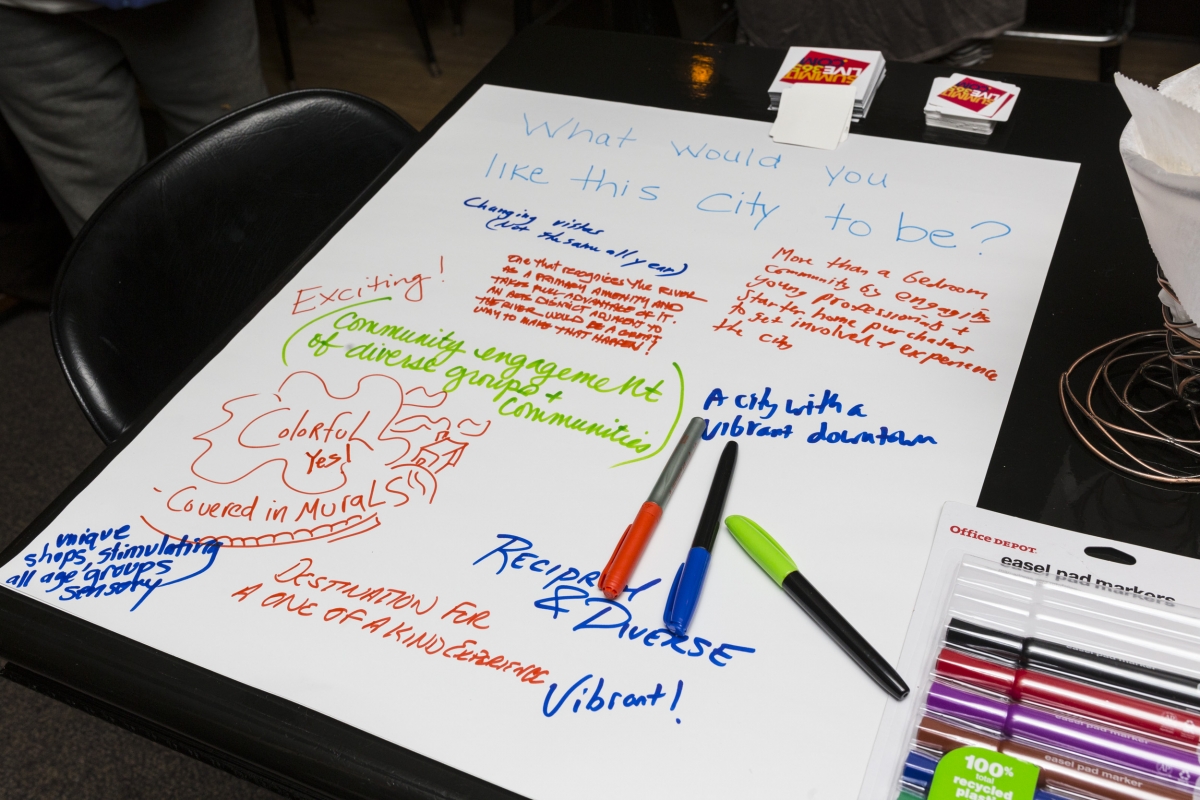 Founded by inspiration, generated by conversation, and validated by information—so began the journey to form the nonprofit known as Collide: Cuyahoga Falls.

The fledgling organization established a working board composed of 13 business and community leaders committed to supporting the arts and culture community. Advocacy for the arts and fair and equitable payment for artists are their primary focus areas. Additionally, board members serve as thought leaders in the art/culture space for business, city government, and schools. To foster and engage young artists, Collide has two student representatives who serve as non-voting members. Furthermore, Collide: Cuyahoga Falls regularly collaborates on a regional level, supporting and engaging with other arts organizations to further advance art and culture as an economic driver.

From murals and dance, to tattoos and culinary arts—Collide advocates for art in all forms, showing that art is meaningful, can bring forth change, and that creativity can make a difference.

The goal of Collide is to advocate and validate by:

The organization’s inaugural spoken word event, COLLIDE, took place in April 2016 and welcomed all ages, groups, and races. In addition to spoken word performances, there was live painting and photographers’ work on display. Since then, Collide has brought about beautiful transitions in the lives of many, including Matt and Molly. After forming Collide and establishing a sense of unity and community through arts, Molly said, “There is unlimited acceptance and a sense of accomplishment of the work curated and showcased throughout the Cuyahoga Falls community,” providing a safe space where artists can feel like they belong.

Collide has evolved from being “known in the community, to being well known and widely accepted,” receiving support from Mayor Don Walters, who is receptive of art, and establishing partnerships with organizations such as ArtsNow and Western Reserve Hospital, where art is placed in infusion rooms and the main hallway.

Collide is Cuyahoga Falls-centric, but not closed off to other cities. Its most recent collaboration, entitled “Prism Project,” funded by the Akron Community Foundation’s On the Table Community Impact Awards grant, introduced art and artists from outside Cuyahoga Falls and placing their artwork in local businesses to showcase the beauty, complexity, and diversity of artists and art outside museum walls.

Collide has been working hard to become “a valuable resource of change, art and unity through art.” Understanding the economic impact that an arts community or district can have, Collide’s ultimate vision is to help Cuyahoga Falls become a destination for art, creating a positive economic effect on Cuyahoga Falls.