This post is part of our Inside Artist-Municipal Partnerships blog salon.

The purpose of the Restorative Justice + the Arts program is to enable artists and arts organizations to provide dynamic program opportunities for youth and families who have interacted with the criminal justice system. Our aim is to equip teaching artists with the tools they need to bolster their practice in ways that lead youth toward productivity, resiliency, and well-being.

In 2016, photographer and musician Nduka Onwuzurigbo heard about the transformation happening in the juvenile justice system and wanted to create a project with the youth in the detention center. Since her election in 2014, Judge Sheila Calloway has been restructuring the juvenile justice system in Metro Nashville/Davidson County to include resources to divert children and families in trouble, providing them creative paths toward a better, brighter, and more productive future. When I approached her about a potential project involving photography, self-esteem building, and a public facing showcase, Judge Calloway cleared her calendar to hear the idea and mobilized her team to make sure the children in the detention center were able to participate in the photography project. As that singular project was seeing success with the youth who were incarcerated and had a positive community response, Metro Arts in Nashville approached the judge about establishing an ongoing partnership. Since then, Metro Arts and the Juvenile Court in collaboration with the Oasis Center have been able to build the Restorative Justice + Arts program.

It costs roughly $88,000 to incarcerate one youth for a year in Nashville. For the same amount of money, we have been able to pitch, build, and pilot the Restorative Justice + Arts program that was funded through the Mayor’s office. The Mayor and Council have since folded those funds into Metro Arts’ annual organizational budget.

To start the program, Metro Arts held focus groups with our artist community, grantees, arts educators, and other stakeholders. We have a rich, deeply knowledgeable, and generous community in Nashville; and they are more than willing to tell us about the tools they need (besides funding) in order to serve families with close interactions with the criminal justice system. Next, Metro Arts spent time in the various departments in Juvenile Court. The focus in the court is in the process of shifting from solely emphasizing penalty to giving children and parents the tools to restore healthy relationships and communities. Judge Calloway has explained Restorative Justice in the following way: “Restorative Justice moves the conversation from ‘Who did the crime & what do they deserve?’ to ‘Who has been harmed?’, ‘What are their needs?’ [and] ‘Whose obligation is it to fix their harm?’” 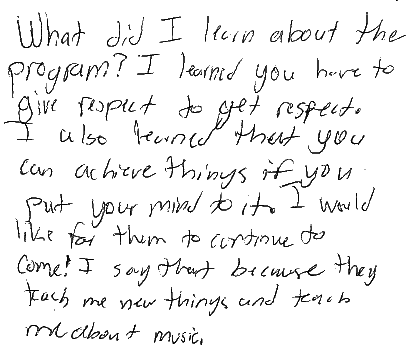 Metro Arts linked the ideas around Restorative Justice with the following shared beliefs and values: 1) Every child deserves to have access to the arts no matter their situation or circumstance. 2) Children who use their time constructively are less likely to get into trouble. 3) Deep sustained arts interaction helps children to develop their executive reasoning skills and thus their capacity to make better choices. 4) Building relationships with stable, trustworthy adults helps children feel safe, feel empowered, and learn to expect positive things from themselves. 5) We believe that participation in the arts helps children become more resilient, gives them positive values, and helps them build a positive self-identity.

From there, our partnership has developed a six-tenet artist-training program that includes: Introduction to Restorative Justice, Understanding Systemic Racism, Cultural Humility, Trauma-Informed Care, Positive Youth Development, and Non-Violent Communication. Once an artist or arts organization goes through the training, they are eligible to apply for up to $10,000 in funding.

In FY 2018, the artists have been able to serve 424 youth who have been incarcerated, had other involvement with the court, or who are deemed at-risk due to poverty, school attendance, neighborhood crime, poor school performance, or living in an area where fresh food is scarce. Seventy-nine percent of those youth identify as a person of color. Through this program, Metro Arts is able to live more fully into its theory of change and recently adopted cultural equity statement: that the arts are a tool to create opportunities for citizens to deepen their arts participation, foster vibrant neighborhoods, and cultivate a strong creative workforce. This past fiscal year, the program has employed 48 artists; 40 of those self-identify as people of color. There are nine projects that are currently in the detention center and in various places in the community. 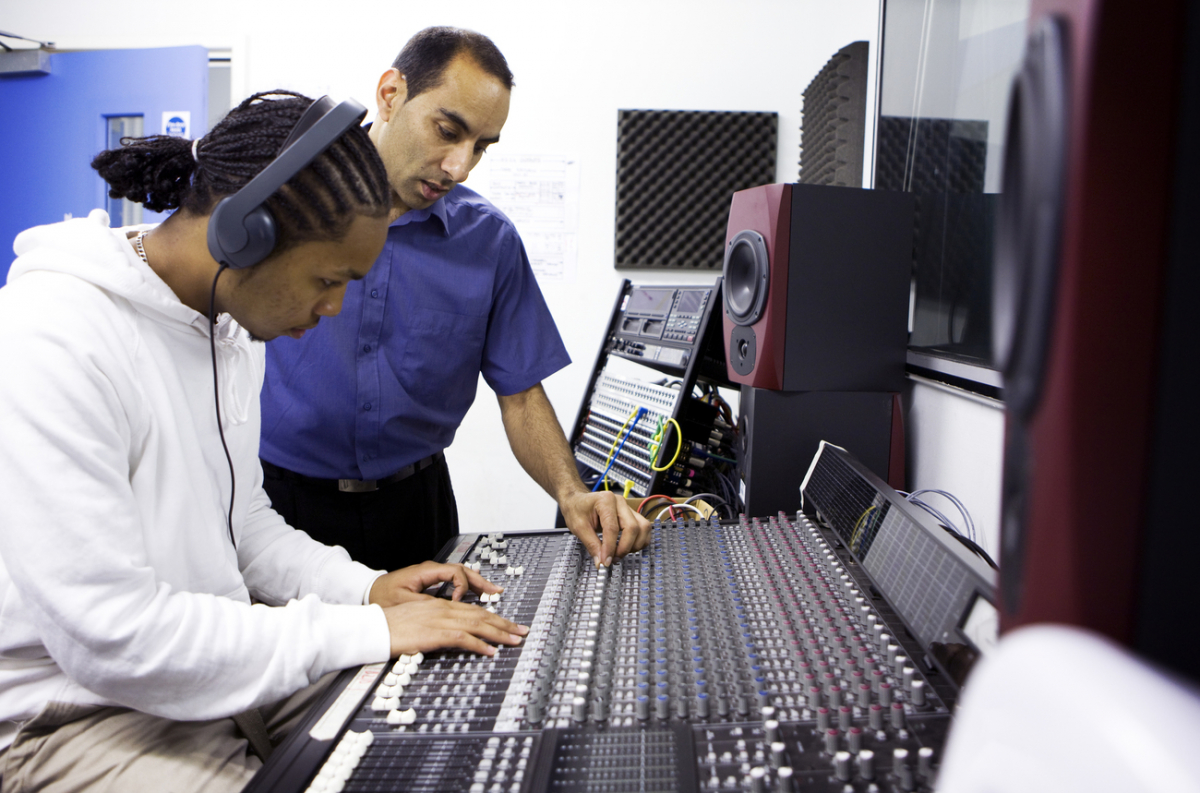 It is because of the partnership between multiple government agencies, youth-centered organizations, arts organizations, and artists that we have been able to work and watch miracles happen every day. We have witnessed youth leaving the detention center and seeking out their yoga and dance teacher. We have listened to regret, remorse, hope, and promise in rap lyrics composed by these teens. We have been amazed by their dance moves, Capoeira, and the African drum beats. We have watched the miracle where former gang members admit to shooting at each other, but theater and painting classes have bonded them together as brothers with arms entangled. Our hearts are full at experiencing young folks arguing with the characters of an August Wilson play to make a better choice. We can testify to the fact that youth follow artists from mural to mural on foot and on their bikes. We know about the formerly incarcerated youths now traveling around the country and the world playing self-composed music.

This spark came from one artist who asked the question and made the difference. These artists have been fierce advocates and tireless in their visionary work. They have ultimately been the catalyst for transformational change and restored communities in our city of Nashville.