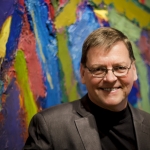 I have, for most of my life, been suspicious of the “growth is good” assumption that we often make in this country or did as I was growing up. (Sometimes when I replay in my mind the famous Gordon Gecko speech from Wall Street, it’s not greed I hear him praise but growth.)

At the risk of appearing to trivialize something that is incredibly serious, cancer is a demonstration (an extreme one to be sure) that not all growth is beneficial. Less hyperbolically, the quest for resources to support program growth as well as the need for expanding infrastructure to sustain it often creates a situation in which the mission out of which the program sprang gets left in the dust. The attention required to amass funding and personnel gets in the way of focusing on the reason the program was created. But that is a systemic (and management theory) issue that I am sure others participating in this Blog Salon will address.

Some in the for-profit world have been questioning the merits of “bigness” for years. Right-sizing, just-in-time production, and Jim Collins’ Hedgehog Concept (for focus on a core) and “Stop Doing List” (one of my favorites) all address the issue that big is not necessarily better, even in financial terms. In the not-for-profit arts world, the recent University of Chicago study, Set in Stone arrives at a similar conclusion about the dangers of facilities creep.

My principal interest is in effective community engagement in the service of creating healthier communities. This work is relationship driven and relationships cannot be mass-produced. However, as I discussed in a blog post some time ago–The Magic of Small Groups–megachurches, in creating and nurturing small subsets of the whole, have discovered a volunteer-labor-intensive path around that problem.

Handmade in America, the “economic development through home-grown culture” program (that’s my attempt at crystalizing their essence), parallels this “small group” approach to scalability. Handmade provides vision and technical support for small towns across western North Carolina to develop locale-specific modes of economic growth (modes rooted in cultural heritage), but the success of the programs lies in the way each community uniquely expresses its identity.

Rural arts programs often have good track records because in smaller populations higher percentages of people can (and do) know each other and so there is greater potential for collaborating. There are simply fewer opportunities to be “lost in the crowd” when there are few crowds.

The Ashe County Arts Council has done a remarkable job of supporting local artists (and encouraging non-native artists to move there). Its hometown, West Jefferson, NC has a population of not quite 1,300 but supports a regular gallery crawl of its many art galleries. It also boasts over a dozen downtown murals (which means virtually every building is covered), and the immediate area has more than 30 gigantic quilts adorning barns around the county. Both serve as popular tourist attractions.

A neighborhood focus in urban areas has a similar effect, for similar reasons. The Queens Museum of Art’s work with the Corona neighborhood (Heart of Corona Initiative) has had (and is making) a significant impact. The scope of the work is focused on an area of manageable size.

In addition to the simple math that nurturing relationships necessarily limits growth, many times community engagement efforts focus on work with high impact on relatively small numbers of participants.

Authoring Action, a program in my hometown, has as its core program a summer institute for 10–20 young people who have not been encouraged to value themselves or their own experiences. They are taught to write their life stories in poetry and prose for stage and video production. The results are stunning but the intensive nature of the work (and particular skills necessary to reach the participants) would make scaling up the program difficult; not impossible, but difficult.

Growth is not an unquestionable good. The for-profit world is recognizing this.

Our mission-focus should make us wary, generally, and it is of special concern in community engagement work. Relationship-based programming does not thrive with unbounded growth, and the nature of some high-intensity work with individuals can exacerbate the problem.

There are ways, based on an understanding of relationships, to scale up, but they involve understanding modes of supporting small enterprises and networking them together. These suggest organic models (hence the subgroups are sometimes called “cells”) rather than industrial, hierarchical ones.