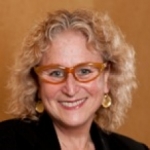 Placemaking is a Verb

Based on my experience at the Association for Public Art (aPA), formerly the Fairmount Park Art Association, art in public spaces has long been a material attribute of our civic landscape. We know and can cite examples of public art that enhance our environment, transform landscapes, express community values, bring people together, heighten our awareness, or question our assumptions.

Placed in public sites, this art is there for everyone as a form of collective community expression. I offer evidence of this in Philadelphia, where over time people have come to name our parks after the artworks that are located in them.

Importantly, these parks were not formally named by planners or cartographers; the parks acquired these names because that’s how people chose to identify them. The unique attributes of the sculptures are what define those places. Interestingly, all three parks are currently slated for re-landscaping, making the case that the art informs the surrounding landscape – not the other way around.

Could the enthusiasm for placemaking, pop-ups, and collaboration in the extreme, be inadvertently precipitating a raft of lackluster and copycat installations across the country? The pop-up approach has been very effective in turning non-public and derelict sites into gathering spaces by the very nature of its welcoming attributes. And that’s good. But in the end, pop-ups mostly utilize a generic palate of umbrellas, chairs, paint, beer and food trucks -- albeit elements that are inexpensive, quick, and often delicious.

But I’m worried that artists are becoming marginalized in this process, as placemaking subsumes the original and creative thinking that is implicit in public art. Quick solutions may leave us with a warm feeling, but incredible artworks become etched in the mind though personal experience.

Those of us working in the public art field -- artists, administrators, and curators – are already equipped to participate in placemaking because, to some degree, every public art project is by design an interactive process involving a mix of artists, architects, design professionals, community residents, civic leaders, politicians, approval agencies, funding agencies, and construction teams. I believe that the challenge of this communal process is to enhance, rather than limit, the artist’s involvement. (How to choose the “right” artist, working with communities, and overcoming bureaucracy are other topics altogether, for another time.)

Artists, administrators, and curators need to telescope our public art experience to designers, planners, and communities. We should be nurturing a commitment to invention and cooperation – not compromise.

I am optimistic. There are many examples of the radical difference an artist can make when engaged in the planning stages of a project. In Philadelphia, in 2013 our city’s Department of Parks & Recreation developed The Oval, a seasonal park experience on the site of a municipal parking lot on the Benjamin Franklin Parkway. Programmatically, The Oval was a great success. For 2014, it’s second year, the aPA proposed working with an artist to create an original environmental setting.

In cooperation with the Philadelphia Department of Parks & Recreation and the Fairmount Park Conservancy, the aPA commissioned Magic Carpet by artist Candy Coated (formerly Candy Depew) who transformed the same eight-acre lot into an exuberant environment of color, pattern, illusion, and movement. The artwork featured an elaborate arrangement of the artist’s signature decorative motifs rendered in paint and vinyl, brilliantly colored sand and sandboxes, 3-D illusion art, fabric banners, among other unique and interactive attractions. See below for more photos from 2013 (before) and 2014 (after). 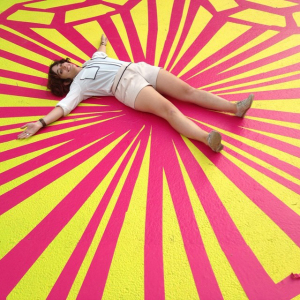 If you’ve successfully included artists in placemaking projects, broadcast it and try to influence those who have not. If you haven’t included artists early in the process, think how much better your project might have been if you did.