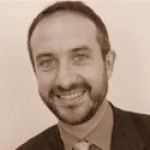 Low-Profit But How Much Potential? (Part 2)

[During last week’s Private Sector Blog Salon], fellow guest blogger Diane Ragsdale got me thinking after she posed the question: what would have happened if the nonprofit regional theatre movement had embraced (and had the opportunity to embrace) the L3C instead of the 501(c)(3) corporation?

This is an interesting and subtly radical thought experiment. Diane is effectively proposing that we rewind history and build what we now think of as the nonprofit arts sector as a socially-conscious for-profit arts sector instead. Has the horse left the barn or is it really possible to reinvent ourselves at such a fundamental level?

In truth, I’ve always believed that the alleged conflict between artistic purity and commercial success was largely overblown. If anything it’s a healthy tension, not an insurmountable chasm. Certainly there are arts organizations whose missions are to push aesthetic envelopes and operate at the leading edge of craft and artistry. They will always need philanthropic subsidy to survive, and so they should probably be 501(c)(3)s regardless. But these brave, unpopular pioneers are the exception, not the rule. Most of us operate in the vast middle ground between Broadway and The Wooster Group.

Diane suggests that we need some experiments to test this concept, and I think she’s right. But in the meantime, indulge me in some wild, rambling speculation about how this shift might change our field:

A lot of zero-interest loans are made. These become the default mechanisms by which foundations support L3C arts organizations. They’re very close to grants, but with the expectation that they will be paid back eventually. They’re more common than equity investments, mostly because they’re less of a philosophical departure from legacy foundation practices.

Organizations have sufficient working capital and reserves (for once). Granted, it’ll all be financed by low-interest debt, so it’s not truly “capital” but the point is that it’s an asset on the balance sheet. It’s not a grant, though, so there’s a strong disincentive to burn through it and come back for more. This money exists to finance cash-flow, not fund programming.

The standard rhetoric about foundation “partnerships” with their grantees becomes slightly less bogus. Can you ever really have a partnership when the power dynamic is that lopsided? The L3C/PRI dance doesn’t cure this, but it shifts it by explicitly aligning interests. Under the old model, a foundation might be more concerned about itself looking good than its grantees succeeding. It’s harder to take that stance (even unconsciously) when you’re literally invested in that success.

Employee ownership becomes a recruitment and retention strategy. Under the old model, the notion that employees should have opportunities to benefit from an organization’s financial success is culturally taboo and legally fraught. Yet we wonder why we have so much trouble attracting top-quality talent for the next generation of leadership. Employee ownership makes the field more competitive for talent.

Healthy risk-taking increases. This flows directly from employee ownership. Nonprofit employees have all the wrong incentives under the old model. They can’t own stock, so there’s no tangible way to benefit from an organization’s financial success. Meanwhile, they can be fired if they screw up. The rational response is extreme conservatism. Under an L3C with generous employee ownership, the incentives become healthier.

Organizations go out of business. This art stuff is a tough racket, and it’s much tougher without philanthropic support. Not everyone will make it, and the process will be accelerated by funder-investors who see the writing on the wall and head for the exit.

Audiences increase. It’s all about ticket sales under the L3C model. The organizations that succeed know how to put butts in seats.

More subsidy is available for the really experimental stuff. Once 90 percent of the field has migrated to a model that is ineligible to receive grants and tax-deductible contributions, there will be much less competition for the existing pot of dough. The avant guardians who remain as nonprofits will have access to increased funding for what amounts to centralized research and development for the field.

Individual donors will give despite the lack of a tax deduction. The success of crowdfunding platforms like Kickstarter suggests that tax incentives for giving may be overrated, especially with respect to small gifts. Whether it’s called a gift or an investment, individual patrons continue to support their local arts groups.

How do you think this shift might change the field?

TAGGED WITH:
May 2011 Blog Salon
Private Sector
2 responses for Low-Profit But How Much Potential? (Part 2)

Adam, terrific post. I think your musings are on the mark. I particularly like the idea of the L3C winnowing the field so that 501C3 status is 'reserved' for those that are doing the heavy lifting in artist and repertoire development and taking real artistic risks. Perhaps for community-based arts organizations as well?

One other possibility to add to your list: that the profit incentive (albeit a small one) would encourage some efficiencies and focus in the sector. The old model seems to encourage growth for growth's sake (the bigger the budget the higher the likelihood of attracting funding, the bigger the grants, and probably the larger the salaries of the top executives), scope creep (the birthing of off-mission but funder-friendly programs), vertical integration (rather than outsourcing and strategic alliances) and generalization (all things to all people).