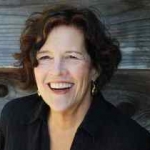 Living Into The Questions 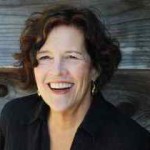 The purpose of art is to lay bare the questions which have been hidden by the answers. - James Baldwin

Baldwin’s epigram reminds us that to thrive, we must be able to see through imposed realities and prefab solutions. We may be tempted to seek definitive answers, but what we really need now is to live into the questions.

To inhabit questions means to first unpack their assumptions and implications.

What’s the context for an inquiry into aesthetics and social justice? When I speak on this topic, someone from the “establishment” arts world always asks me this: “What about standards? What about excellence? A lot of this work isn’t very good.”

It’s an assertion, not a question, and I also hear it from readers. An academic responded to my recent essay on San Francisco’s cultural equity controversy by suggesting that community-based social change work isn’t funded because it isn’t very good.

My usual response has four parts:

(1) Some work in all arts sectors isn’t very good. Who’s judging? No one sets out to make bad art, but there’s also no way to guarantee good work. Critics may pan big-budget films, grand opera, blockbuster exhibits. Audience members may flee. Yet in a gazillion arts forums, I’ve never heard someone ask a major institution director this question.

(2) Why? Because the marble and money heaped onto the red-carpet arts encases the work in a gilt frame, creating a default assumption of excellence. Skillful execution—only one aesthetic dimension—reinforces that. Some frames are so secure that those who find fault with the work they enclose are shamed, told that their displeasure exposes their own deficient taste.

(3) These questioners are often making a category error, treating process elements as final products. We bloggers could spend all our allotted words listing works of great beauty emerging from collaborative processes. But if you drop into the storefront studio on a random day, if when you visit the barrio you lack the same patience for cultural specificity you typically bring to Rossini, you miss the point.

(4) Add in the tendency to dismiss a whole universe based on a few experiences (the aforementioned academic lives 2,000 miles from the work he dissed), and the result is that some sectors benefit from the default assumption of excellence, immunizing them against such challenge and its consequences.

Consider what happens when the frame is removed. Seven years ago, I wrote about a famous experiment conducted by The Washington Post in which violinist Joshua Bell, incognito in jeans and a T-shirt, his violin case open to receive donations, performed for passers-by at a Washington, DC Metro station. The results:

I’m not suggesting that Bell is less gifted than commonly supposed. But without the gilt frame—the signpost declaring “Excellence here!”—the assertion that aesthetic quality will triumph seems a little shaky.

I’m hugely interested in aesthetic inquiry. I try to convey observations and ideas about culture in language that braids beauty and meaning. I often write about questions of beauty and art as a form of spiritual practice, the sublime as an antidote to despair. My two most recent books assert the role of beauty and meaning in forging a livable future. Aesthetics are neither owned by the prestige arts nor new to socially engaged artists. Indeed, making art is engaging with aesthetics, full stop.

One of the questions put here characterizes aesthetics as “born from a western culture/ideal.” It’s true that the word has Greek roots. But it’s a map, not the territory. The many artists I respect in community development and social justice work continuously consider how their work feels, resonates, moves or fails to move. No one is indifferent to the question of beauty.

We need to avoid even accidentally reinforcing the idea that this is an emergent phenomenon rather than an enduring awareness. If the same questions wouldn’t be posed to red-carpet artists, if their answers wouldn’t have identical impact on their funding, then why ask them of artists who pursue a social order of justice tempered by love?

Imagine asking establishment artists “what aesthetic values and outcomes are meaningful in your work?” I’d expect general statements about excellence, followed by a range of responses reflecting great freedom to experiment, improvise, and adjust. Why should there be more consensus here?

I’ll close with another set of questions that need considering:

Why do so many accept the default assumption that the establishment arts have engaged properly with aesthetic concerns, but that socially engaged artists need to be schooled?

Why do so many accept the fiction that red-carpet arts work shouldn’t be evaluated through the lens of civic purpose when all art either reinforces or challenges “the answers that have been hidden by the questions”? All art is political, but some gets to pretend it’s not and be judged accordingly. Why go along?

Why not grant every socially engaged artist freedom to define specific values and outcomes? Aesthetic criteria? Engagement with aesthetics reflecting the pervasive reality of multiple participation, identities, and meanings?

Why not live into the questions?

Great questions and ones that I have been asking myself for more than a decade since discussing fame and art with a wonderful professor in Vermont.

He asked me, "Maybe it's luck, probably it is. But what about so-called mediocre art. What about artists that are not "great" but enjoy making art? Do you value their work ?"

It was an interesting question and I vowed to pay more attention to art and artists who were not in the gilt frame, walking the red carpet, praised in Art Forum type media outlets. I'll call the ordinary, everyday artists who have something to say about ourselves even if it's not in a gilt frame.