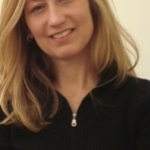 In his book The Revolutionary Stage, Joseph Zeigler states that Arena Stage in Washington, DC, began as a for-profit corporation by selling shares totaling $15,000 (at seven percent interest) to 300 Washingtonians. As part of doing research related to my dissertation topic—the impact of economic forces on the American resident theater movement—I recently read a speech called “The Long Revolution” written in 1978 by Zelda Fichandler, founder of Arena Stage.

She writes that she founded the theater in 1950 as a regular profit corporation, in order to better maintain control of its artistic policy, and that the theater became a nonprofit seven years later “in order to become eligible for gifts and grants, especially from the Ford Foundation which entered the field that year.”

Ms. Fichandler elaborated on the transition to becoming a nonprofit, saying:

“[…] we made all of our expenses at the box office for roughly the first fifteen years of our existence. It was as late as the mid-sixties when we conceded that we couldn’t continue to do this, but had to become a deficit-producing organization.

I bring this up simply to point out that, while we are gathered here in the name of the nonprofit corporation (and, indeed, without the nonprofit income tax code, our American theater would simply not exist), being nonprofit does not really define us—our goals, our aims, our aesthetic, our achievements. What defines us, measures us, is our capacity to produce art.”

I’ve been wondering lately what the resident theater movement would look like today if, in the mid-twentieth century, theaters had the option of becoming limited liability low-profit corporations (L3C) instead of nonprofits. Would L3C have been a better fit with their goals, aims, aesthetic, and achievements?

What about community theaters today? What about the collectives of artists that simply desire to form and disband in different configurations over time and work together on a project-by-project basis? What about single choreographer dance companies, many of which, in spirit, seem more like sole proprietorships than nonprofits? Or ensemble theaters? What about the boutique for-profit record label struggling to maintain a commitment to producing opera recordings? Or the performing arts center created to spur cultural and economic development in a depressed market?

“Socially beneficial for-profit venture” rings truer to me than “commercial” or “nonprofit” when I think about these types of enterprises. How many organizations became nonprofit only to become eligible for gifts and grants? How many, if they might have received investments and grants but maintained partial or total ownership of their entities, might have taken the L3C route? How many feel burdened by the idea of trying to become a “permanent nonprofit institution” and would like to think about closing up shop when the raison d’être has left the building? How many arts organizations struggle to reconcile what they do with the exempt purposes outlined under Internal Revenue Service Section Code 501(c)(3)?

I’m by no means suggesting that all or even most cultural institutions should become L3Cs: nonprofit or commercial may very well be a better fit for most and L3C legislation is not yet adopted in most states. We perhaps need to test the viability of the L3C model in a variety of circumstances over the next several years to know whether it holds real promise for the cultural sector. But this much I know: in order for the L3C model to work there will need to be both cultural entrepreneurs and those (private and public funders) willing to put in the risk capital.

Ford’s influence in 1957 is clear from Zelda Fichandler’s remarks. The powerful signal—to be eligible for a grant you must be a 501(c)(3) nonprofit corporation—continues to be transmitted across the land by the majority of those that fund the arts. I’m confident we have cultural entrepreneurs; but do we have those willing to embrace this new model and invest in them? I hope so; because it’s going to take two daring souls to do this dance.

Great post! I think that the premise of the L3C for arts organizations is initially attractive as we struggle with effectiveness of the 501c3 with the ever shrinking institutional funding problem in the US, the problem with the model is that the feasibility of the hybrid model for small to mid sized organizations especially arts organizations is challenging at best. The enticing part of the model for the "investor" is the option to participate as a shareholder with potential for dividends or as a traditional donor with the tax write off. This presumes the donor/investor has the financial means to take that risk. Most small to mid sized company board members or donors cannot afford to take a risk of investing with the possibility of no return, so will likely stick with the assured 501c3 tax credit for their contribution. This may be the reason we see so few arts based organizations taking on this business model. The most succesful seem to be community, social, agricultural businesses where the possibility for return is greater for the investor as the business grows year to year. As has been stated before the possibility for growth in most arts organizations in minimal, therefore no financial benefit to investors over time.

Perhaps larger institutions could effectively take this on, but in my experience it's the small to mid sized organizations that are usually the entrepreneurial risk takers when it comes to breaking the mold, but who knows maybe there's one out there willing to take a chance on this. With 6 states now embracing the L3C and 7 states with pending legislation, we may see some successful arts models evolve. Should be fun to watch!

Great conference on the L3C happening in June happening as well:
http://www.americansforcommunitydevelopment.org/

I don't think I'd go the L3C route for the performing arts, either. Those organizations that both pay their talent a respectable wage and strive to put great product on the stage in a consistent fashion see their costs rising faster than earned revenue can hope to grow (at least once the organization reaches maturity). The L3C can't crack that nut.