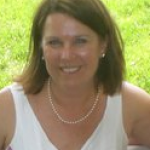 Kansas: To the Stars Through Difficulties

The recent events in the Kansas state government were like "déjà vu all over again" for those of us in Topeka. In 2005, our city council decided that our local arts council would no longer receive funding from the general budget, or any budget for that matter.

In response, the Topeka Community Foundation moved ahead with plans to create a privately funded entity, ARTSConnect, which would be a part of the United Arts Fund network.

This was a welcome concept among those in the arts community - a stable, sustainable plan for general operating funds, plus an organization who would help to provide that umbrella for all organizations and individuals who are passionate about the arts and our community.

But it was much tougher than we ever expected, and we were effectively starting from scratch - we had not had a strong umbrella arts organization and advocate in our community in a long time. So after three years, and the catastrophic financial setback of our largest participating company, our campaign ended. It was disappointing, but what we have done in the past five years was more than just provide grants.

After losing the campaigns we had to regroup. What was our purpose if we were not going to be the grantmaking organization? We promised the arts organizations that we would not compete with them for corporate dollars - are we going to go back on it now? Receiving general operating grants from the Kansas Arts Commission proved to be a lifeline in extremely difficult times.

So we set about reinventing ourselves. I spent a great deal of time with Llewellyn Crain, the executive director of the Kansas Arts Commission (KAC), who coached me and came to board meetings. Our role and purpose became clear, and we have worked every day in the past two years to keep the arts in the spotlight in our city.

I testified before the State Senate committee on behalf of the Kansas Arts Commission, because I believed in the services and support they provided. I testified selfishly because that organization played a significant role in the survival of ARTSConnect. I testified because I knew first-hand how incredibly difficult it is to only rely on private funding, especially for general operating needs. I testified because after learning more about the new arts foundation, I didn’t get the impression that there was a plan in place.

The loss of the KAC hurts - it hurts a lot. Our arts organizations will struggle, and if we don’t work quickly I fear we may lose some artists to other states where grants are more readily available. I know that there are arts organizations that are looking carefully at every aspect of their budgets and wondering how they are going to make it all work out.

We now have an opportunity, but we must grasp it.

The enthusiasm for the arts in this community is higher than it has been in decades, and I believe that by working together, and embracing new ideas we will thrive.

It is times like these that we embrace our state motto : Ad astra per aspera: to the stars through difficulties.

TAGGED WITH:
grantmaking
Kansas
1 responses for Kansas: To the Stars Through Difficulties

If everything we say about the arts is true, if the notion of a creative economy is real, then I believe this is nothing more than my GPS telling me, after I took a wrong turn somewhere, "Recalculating".

If the NEA funding issue is real (and I believe it is) then this points to a systemic issue about the NEA, which I have long believed anyway.

Good on you for persevering. I have no doubts the outcome will show the strength of a creative community and probably even present alternative, superior models for others to emulate.