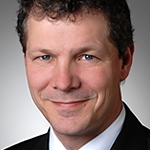 ...and spots the dramatist hunched over in a corner booth, scribbling in his notebook. He walks over to the playwright, drops the first draft of Long Day's Journey Into Night on the table and says, "That's great, Eugene—but how am I supposed to prove economic growth or improved health and well-being with this?"

Obviously, this never happened. But if it did, it would be a great example of the conundrum we sometimes find ourselves in when we try to “scale up” societal benefits via the power of the arts. Identifying positive outcomes we'd like to pursue on policy levels at 20,000 feet can sometimes feel far removed from the missions being pursued by artists on the ground.

Trying to harness the power of the arts to provide broad public benefit in a strategized way is a good idea. The idea that our greatest American playwright should bend his art-making towards these aims is not. So if we're trying to organize a way to share specific impacts of the arts so more people can benefit, how should we proceed?

In an art-science post called "The Imagine Engine!" on the National Endowment for the Arts' (NEA) Art Works blog this spring, I stated that it may be possible for artists and scientists to “borrow freely from each other's methods and practices and share insights with each other that they might be unable to find on their own." This fall, through a program we've established via a partnership with the Department of Defense, we're beginning to see evidence suggesting this hypothesis may be true.

Earlier this year, we began a collaboration with the Walter Reed National Military Medical Center and the National Intrepid Center of Excellence (NICoE) to investigate the healing effects that arts interventions may provide for troops dealing with war related traumatic brain injuries and psychological health issues. One of the core goals of the collaboration is to advance research that can provide biologically plausible evidence of the healing effects that the arts can bring in an integrative treatment environment.

NICoE incorporated art therapy, including mask-making and various other group and individual therapeutic arts interventions, into their clinical treatment model when they began admitting patients in October of 2010. They were encouraged by the promise that these interventions began to show for their patients, and in January of 2012, we partnered with them to add an expressive writing program into their set of clinical activities. Working closely with the NICoE Healing Arts Program Coordinator, Melissa Walker, we initially designed the program to be delivered by outside instructors who were accomplished professional writers and military veterans, an approach we had tested and had success with in the past.

Around the same time this program was being initiated, NEA's Office of Research & Analysis was leading a new task force of 13 federal agencies and departments to encourage more and better research on how the arts help people reach their full potential at all stages of life.

In September, the task force hosted a workshop at the National Academies of Science on research gaps and opportunities for exploring the relationship between the arts and health and well-being in older adults in an effort to pinpoint gaps for future studies. Among the findings presented, there was one that struck us as being particularly relevant to the program we were developing at the NICoE.

A number of presenters warned that all too often, research pilot studies were conducted in a way that depended on a unique delivery that proved hard to emulate when completed. This had the dual negative effect of limiting the ability for the claims being made to be substantiated in a scientifically plausible way, and also created challenges in bringing the positive findings of the pilot into broader practice. 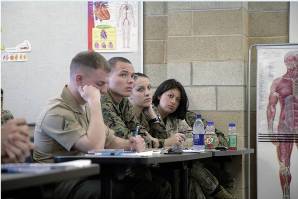 Servicemen and servicewomen participating in a writing session.

Back at the NICoE, we were receiving positive feedback from many of the patients participating in our expressive writing program, but we were also beginning to recognize how the scaling challenges identified at the task force workshop might ultimately impede our ability to bring these types of interventions to a broader military patient population down the road.

We started to worry about how challenging it might ultimately be to administer outside professional writers brought into additional military clinical settings in the future. The time and resources necessary to manage the expansion of these activities would be considerable.

In light of these concerns, with our partners at the NICoE, and with input from the professional writers who helped us initiate the program, we've made adjustments in our pilot that now allow NICoE's health care providers to deliver the writing prompts for our expressive writing sessions. The prompts are now being delivered by the art therapist, or one of the other care providers on staff with whom the patients have developed a natural rapport.

O'Neill felt the core of his work was to explain the mysterious forces behind life that shape human destiny. Many of the patients we've interacted with so far at the NICoE have shown they are on a similar mission. The art-making for both is deeply personal; more concerned with illuminating the truth of what drives these mysterious internal forces than in how their message might benefit a broader society (O'Neill was desperate to get his play written, but was not interested in seeing it performed).

We're beginning to sense that this effort can provide the NICoE patients with a renewed sense of self that allows them to connect more strongly to who they are now, and who they might become in the future. There’s promise that these arts-in-health gains can be shown to improve the health, well-being, and quality of lives for these service members and their loved ones.

When that happens, it's incumbent on the rest of us to be prepared to deliver those benefits to service members across the country who are dealing with similar issues. Not by burdening their art-making with outside concerns, but by taking a long view across potential future platforms we can support where others can contemplate the meaning of what's inside.