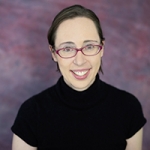 Although the timing of congressional votes keep getting kicked around, it remains a crucial time in Washington for arts education.

Anything’s possible*, but what’s most likely is a U.S. Senate floor vote and amendment consideration this week—as well as a long-delayed House floor vote—on the Elementary and Secondary Education Act (ESEA) reauthorization.

Authorization, mind you, that has been expired since 2007!

To review, the Senate education committee unanimously passed the Every Child Achieves Act (S.1177) — its legislative version to reauthorize ESEA — in April. The long-awaited and bipartisan bill is ready to be considered on the Senate floor, where more amendments will be considered. One pro-arts amendment in particular is expected to be offered by Sens. Mark Kirk (R-IL) and Tammy Baldwin (D-WI) that would closely track to the Annual State Report on Core Academic Subjects legislative ask the 87+ national cosponsors of Arts Advocacy Day have had in place for years!

Although voting and amendments should seem like usual congressional work, the full Senate hasn’t considered K-12 education legislation since passage of the No Child Left Behind (NCLB) Act in 2001! Slipping, actually, is more the norm.

The House is also now looking ready to move. A House vote will end the multi-month suspended animation of its version of reauthorization, the Student Success Act (H.R. 5). This bill was put on ice in February. And we’re not talking a classical music suspended state when your phone call is on hold — or you’re listening to a Senate quorum call on C-SPAN — but a very silent state of wondering if House education committee chairman Rep. John Kline (R-MN) could convince his party to support his partisan bill. This occurred because although the House approved its rules of debate in February — and even completed debate on the bill and amendments to it — votes weren’t called due to the lack of GOP support for the bill.

Under an idea reported by Education Week, House leaders might allow consideration of three additional amendments to help ensure passage of the House bill—for instance, controversial amendments like the A+ proposal (Academic Partnerships Lead Us to Success (A-PLUS)), which, by providing funding as block grants to states, has been characterized as allowing states to opt-out of federal regulations. Notably, it is a favored proposal of one of the organizations credited for stopping the vote in February.

History lesson over. So now…

What’s in the Senate bill for Arts Education?

The Senate committee bill also would help strengthen the arts at the district and state education department levels. It does this in two key ways:

In the category of school improvement and initiatives like Turnaround Arts, the bill requires reporting and urges proficiency in core academic subjects to aid student achievement and learning. For example,

This one’s big – an entire section of the bill (Section II) is given this purpose: To improve student academic performance. It does that, as stated, by:

I am also excited to share that Americans for the Arts, joined by more than a dozen national arts education organizations, led a request to the Senate education committee to clarify that all disciplines of the arts – including dance, media arts, music, theatre, and visual arts – i.e., those part of the National Core Arts Standards – are eligible under the definition of “the arts.” This language thus would provide support to all the arts disciplines with national standards.

As you might recall, the first iteration in January of the Senate education legislation did not even include a definition of ‘core academic subjects,’ a reversal of current law. Then in March, a bipartisan bill was produced by Chairman Lamar Alexander (R-TN) and Ranking Member Patty Murray (D-WA) that did include core academic subjects, a key Americans for the Arts legislative priority, and expanded it from ten subjects to sixteen, also including ‘music.’ This separation introduced confusion as to whether music is arts, and what then is meant by arts—is it just visual arts—like painting, ceramics? Where does that then leave theater or dance? Does it put those disciplines at a disadvantage? Do we ever want to define “the arts?” What happens when new art forms are created, like media arts? Is culinary arts an art? Martial arts? Cheer squad? You can see what kind of confusion this could create downstream when music is separated out. It’s important to ensure clarity around the ‘core academic subjects’ definition because:

Thus, national arts education organizations united in requesting Senate committee report language to address the disadvantage that this language poses to dance, theatre, media arts, and other arts disciplines, and to give the “arts” as broad an interpretation as possible, as it is currently in law. A few organizations have different opinions on this, but what’s clear is that a division disadvantages some art forms over others.

That’s the Senate bill for you! To read about what’s in the House bill, check out this previous blog post!

Stay tuned. There is a lot of momentum for reauthorization and ending the patchwork of state waivers from No Child Left Behind, which continue to be extended. Just on June 23, the U.S. Department of Education announced news that seven states and the District of Columbia will receive multiple years of continued flexibility from provisions of ESEA; Georgia, Hawaii, Kansas, Missouri, Nevada, West Virginia, and Washington, DC, have three more years of flexibility, through the 2017-18 school year, while New York has four more years of flexibility, through the 2018-19 school year. This builds on the five states (Kentucky, Minnesota, New Mexico, North Carolina, and Virginia) approved for four more years of flexibility back in March. With so much time and energy spent on receiving waivers from the law, it would be great if Congress could succeed in negotiating a new federal education law.

This week could be the week for votes, and then the harder work of compromising between the House and Senate versions for one bill to clear Congress begins. Comment below with your predictions. Want to take more action? Visit our Action Center and read more legislative background in the Arts Advocacy Day issue brief.

*If congressional schedules are known to be anything, it’s that they are fluid.

Editors Note: True numbers of comments and social shares on this blog are innacurate, as it is a reposting from our old blog right at the time of migration (blog.artsusa.org), which is why all earlier blogs don't have social share buttons so as to not display inaccurate numbers.