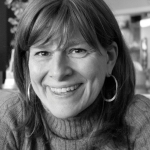 Arlington County's public art program benefited greatly from our collaborative effort with Virginia Tech and Americans for the Arts mentioned in Dr. Elizabeth Morton's post from earlier this week.

Like many programs across the country, we are adjusting to the new normal of increased scrutiny of public spending as it relates to the arts. We are also adjusting to our recent relocation from the Department of Parks and Recreation to that of Arlington Economic Development and are just beginning to understand the difference in priorities between the two agencies and how these will impact our future work.

We are currently working on developing a white paper on the value of public art to Arlington through four lenses: community and social benefits; civic design and placemaking; economic; and aesthetic/experiential.

It is helpful that the field of economics has begun to look seriously at developing measurement tools for such intangible phenomena as human happiness or fulfillment as well as the intrinsic value of the arts, so there is an increasing body of literature to draw from here. The findings of the Virginia Tech students will similarly help us in making the case for how and why public art adds value to our community.

To summarize some of the more interesting (even surprising) findings of the four teams discussed in the previous post and their value to Arlington's public art program:

1. The group who surveyed artists with whom we had previously commissioned artwork identified that most artists had not conducted a formal site analysis before developing their concept. While the response rate was low (six responses of the close to 100 polled), this told us that we need to both explain better to artists what site analysis consists of (borrowing from the standard practice in the fields of architecture, landscape, and urban design) and why we expect that they should do it.

As a result, we will be hosting a training session on site analysis for artists jointly with Washington Project for the Arts's "No Artist Left Behind" workshop series later this year, and will change our standard contract to include site analysis as a specific deliverable to accompany the concept proposal stage.

2. The team who polled stakeholders and community members on their thoughts about the Water Pollution Control Plant fence enhancement piloted a number of strategies for engagement (including intercept surveys of users of the trail adjacent to the fence, for which a surprising number of people actually stopped to participate in!) the findings of which were summarized in word clouds by type of stakeholder. The team recommended that Remy & Veenhuzien develop a temporary public art project as a mid-project deliverable to keep the stakeholders engaged and updated on their process. As a result, we will be writing this expectation into the artists' contract and presenting this as a creative example of civic engagement, currently a hot topic for our community. 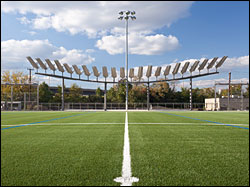 3. From the two groups who addressed the recently completed first phase of Long Bridge Park, we learned two important things.

In summary, our major takeaways from this studio were:

As I often say, we are still aspiring to the level of this that we achieved with our program's very first project, artist Nancy Holt's design of the entire Dark Star Park.

This is an especially important reminder as we strive to play a greater role in the leadership for good public design in Arlington and seek to demonstrate the unique contributions that artists can bring to such projects.

It is an eye opener to read these findings. They seem so logical and obvious to folks in the public. More education is essential for understanding and supporting art.