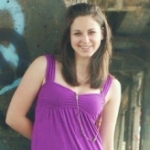 Barriers to Arts Participation: On Perception, Value, and Luxury 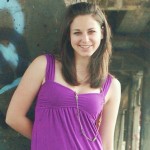 In America, the arts are often seen as a luxury. They are the first thing to go when school boards cut budgets, and successful arts policy is seen as the exception, not the rule.

Like other so-called “luxuries,” people go to extreme measures to preserve its integrity. Historically, art is something we risk incarceration for, accept poverty for, or in the case of the quintessential rock star—quit your job, sell your house, and move across the country. Chuck Close said art saved his life. Ai WeiWei has been detained by the Chinese government. Thrice. Clearly, we’re onto a powerful motivating force.

Yet if so many acknowledge the arts’ value, then why do we even have to convince people to participate? Americans for the Arts' CEO Bob Lynch traces Americans’ view of cultural events to our puritanical roots: “In Europe, arts advocacy organizations don’t exist they way they do in America—simply because they don’t need them.”

Indeed, in many ways, America lacks the rich cultural history other nations possess - perhaps because we were founded on simplistic, utilitarian principles that rejected concurrent English affluence. In fact, one study found that respondents had a difficult time distinguishing between the terms “arts,” and “leisure”—a telling finding when you consider the ramifications of such language: “leisure” is synonymous with “luxury,” which implies an excessive expenditure. Many studies—such as RAND’s Building Participation in the Arts—support this notion by citing cost as a primary barrier to arts participation.

First Lady Michelle Obama doesn’t see culture as an extravagance, however: “The arts are not just a nice thing to have or to do if there is free time or if one can afford it. Rather, paintings and poetry, music and fashion, design and dialogue, they all define who we are as a people and provide an account of our history for the next generation.”

In the arts administration field, arts events are often compared to sports, a “leisure” activity we all know represents a powerhouse of public engagement. The perception that sports exceed arts’ popularity made the NEA’s 2008 Survey of Public Participation in the Arts (SPPA) finding surprising for many. The report showed that, in a year, 34.6% of the adult population attended an arts event, while just 30.6% percent attended a sporting event.

How can this be possible? One issue is categorization. While “sports” are lumped into one group, cultural events tend to be divided by medium or industry—visual versus performing arts, the “publishing world” versus the “dance world.”

These categories can skew perception. Ask 100 people off the street if they visited an art gallery in the last year, and it is doubtful 35 people will answer in the affirmative (more like 21, according to the 2012 SPPA). However, if you ask those same 100 people if they have visited a gallery, read a book, or attended a play, museum, concert, dance, film, festival, or reading in that time and you will get a very different response.

We’re also forgetting another aspect to American credo—the dream. The fateful, ideological notion that good things happen when we pursue them, that hard work inevitably leads to a better life. Any artist will tell you their efforts are inevitably married to their work ethic: in The War of Art, Steven Pressfield says, “nothing else matters except sitting down every day and trying.” Michelangelo contemptibly remarked that if people knew how much effort went into his pursuits, they would no longer be so impressed.

So in all our talk about arts participation, we need to remember two things: 1) That the arts can and do represent a robust sector, countless jobs, and innumerable devotees. But I fear all the numbers and statistics can distract us from the main point, which is 2) The arts remain a part of an intrinsic—and yes, American—dialogue around work and value.

Art is compelling. Art is beautiful, sure. But mostly, art is work. And in that way, it’s no different than being a doctor or a lawyer or an Indian chief.  Most importantly, it serves as a means to pursue happiness, not as something we can take the time to appreciate once we achieve it.

For more data on the role of the arts in communities, creative economies, and our everyday lives - check out Americans for the Arts' RESEARCH hub page!

TAGGED WITH:
arts and economy
culture and communities
for artists
Research
Please login to post comments.