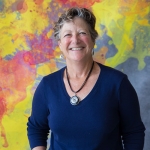 This month is proving to be one heck of a roller coaster ride for arts education advocates. On the up side, a U.S. Department of Education “stakeholders” meeting on the reauthorization of the Elementary & Secondary Education Act (ESEA) was ground breaking in that it was the first time that the national arts education community had been invited to specifically address the reauthorization policy efforts. On the other hand, on the heels of that meeting, the White House unveiled an education budget that eliminated the 40 million that was allocated specifically to arts education.

While it will be argued that arts education is not eliminated from the budget, just reassigned under other programs, we cannot let this pass by without pause. Reassigning arts education to broader categories and taking the words “arts education” off the budget pages, effectively is a signal of importance–or rather lack of importance in the minds of the officials who have oversight of the budget. This is a terrible move, and one which cannot no go unaddressed. Arts education is core to NCLB, and thus must remain core to the budget and how the budget is outlined in print. But beyond rhetoric, arts education is truly core to how we are as a people in society and how our children will learn to be engaged citizens.

I look at the senate and congress today and all I can think about is what a shame it is that our senators and congressional delegations do not have the skills to sit down and talk with each other. If it were up to me I would create a mandatory congressional chorus and theater production class. I would also create a sports team or two. Each representative and senator, regardless of their allegiance to a party, would sing in the congressional chorus, and each would also engage in a theater production. There’s nothing like arts and sports to get folks to be able to have the practice to actually work with each other toward a goal.

It is with this sentiment that I urge everyone and their immediate communities to write, call, send signals to congress that the arts in education is too important to be subsumed by other categories of funding. It is important for the arts to remain noticed and central to what we mean when we argue for an educated citizenry.

Material science has got various many other subjects today like genetics science, nano-technology etc. But art subjects cannot grow or develop in right direction in today’s condition. Today our socio-political system is completely based on profit. And art has to be beautiful. Without any real beauty art cannot be created. A beautiful art can be great when it is social and society depends on truth. Now we can understand the objective problem faced by a developing study in art that there is a condition in art that if art has to grow in great then it has to be not only beautiful but also it has to be socially correct and profit making is at all not correct socially. That is why studies in art cannot grow and develop in right direction. Here we must understand that scientific social studies can never grow and develop in the right direction on the basis of untruth. Here we must understand that society never upholds lie in the sphere of knowledge.
And secondly subjectivity of art studies is also in danger. Here reason is that art never exists without real pleasure and real pleasure can never come out of an ugly way. In today’s society where exploitation of man by man is there and the common men’s psychology is made for eat, drink and be married, which is totally ugly then how the real pleasure can take place in this profit motive nature of system of our society? It has vanished all the ways of development of art studies today.

Merryl, You are good. I love the idea of a Senatoral Chorus, there is nothing like playing (singing together) to engender community. Carolyn