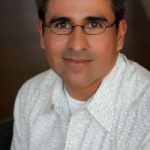 Here's a thought: what if we stopped thinking about art and social justice and instead looked at art as social justice? By keeping them separate, we are asked to value one over the other, or worse, we make one subservient, a mere tool that's in service of the other. I posit that maybe they can be one in the same.

I don't mean to imply that all can or should function as social justice. But there is a small and growing part of the field that is proving that the art itself can be a manifestation of social justice. By social justice, I mean, "...promoting a just society by challenging injustice and valuing diversity. It exists when "all people share a common humanity and therefore have a right to equitable treatment, support for their human rights, and a fair allocation of community resources." (source here)

Some examples that come to mind include: 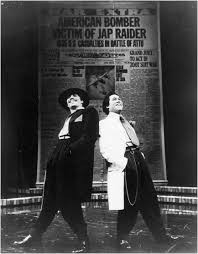 El Teatro Campesino's Zoot Suit. The play put Chicano history and Chicano/Latino/a actors on stage at a major regional theater. The play enjoyed a long and successful run and eventually bowed on Broadway and was also adapted to a film. The very fact that this work of theater, which depicted a largely unknown moment of history (the Zoot Suit riots), commented on the present day discrimination, brutality, and bias that Latinos faced (as told by Latinos) made it a manifestation of social justice. Each performance demanded a more just society and inserted Chicanos into American history. 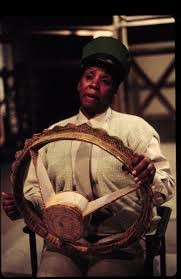 Cornerstone Theater Company's Central Avenue Chalk Circle. Culminating a 15-month community residency in Los Angeles' neighborhood of Watts, Lynn Manning adapted Brecht's Caucasian Chalk Circle, combining the talents of community residents with Cornerstone's ensemble of professional artists in a wildly theatrical presentation that helped bridge African-American and Latino residents in the changing neighborhood. Not only did the play garner widespread critical praise, it offered a new narrative about the people living in this neighborhood for those residing both inside and outside on Watts. 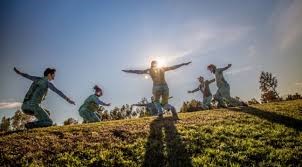 Mondo Bizarro and Artspot Productions' Cry You One. This collaboration between two New Orleans-based ensembles included community non-profit community partners (e.g. Guardians of the Land and Water) as well as governmental collaborators (e.g. Louisiana Departments of Natural Resources and Transportation and Development) to heighten the awareness of land loss and the corresponding loss of life and culture in the Gulf Coast. The production looked unflinchingly at environmental racism, showing us the consequences of unequal treatment and allocation of resources, and leading us to a moment of forgiveness and closure.

The aesthetic framework for art that have a social justice purpose is a step in the right direction in that it acknowledges that there are, in fact, aesthetics at work. It asks us to look at the art, itself, as work that is artful and socially relevant. This matters because the process of making the art and the art itself allow us to envision the future; it shows us what can be. This is meaningful because, when it is social justice, result is a vision for what justice can be and look it. If we can see it, we can do it.

Greetings and Great Point Made in Your Piece . I Am A Teaching Artist and I have Created Something That Continues in the Legacy of this very work . Its called Highly Intelligent People Healing Our Planet
Established in Westchester New York "H.I.P H.O.P" is a Collective Organized by "Lord Judah", A Hip Hop Artist ,Executive Producer ,Mc ,Leader ,Teacher who has been on A Mission of Making a Positive Contribution to the Hip Hop Kulture since he began his Journey.His Years of Experience of Working with Young People and Remaining a Student of The Music of Hip Hop led him to Co-Create H.ighly I.ntelligent P.eople H.ealing O.ur P.lanet, Originally with a Non-For Profit Organization Called "The Westchester Martin Luther King Jr. Institute for Non Violence but since then Lord Judah has taken the Reign of The Leader Ship Role . This Collective is Composed of Young and Older Talent as well as Prominent Community Members that Collaborate with Lord Judah to Create Music with the Intent to Educate its Audience About Positive Social Change. In these Recent Years the Collective has Done A 2012 Voter Advocacy Album Campaign Titled "AND STILL WE RISE",and Organized Community and Police Relations Projects for the past 3. This Years Project Combines All of the Necessary Messages of Today's Current Social Climate with an Educational Component meant to Teach via Workshops that are to be held at Schools,Communities,Conferences around the Country and Internationally.H.I.P H.O.P's "COAT OF ARMS" Takes the Flag up From where Tupac's "T.H.U.G L.I.F.E" CODE left off ,and with the recent examples of Hip Hop Being used as an Educational Tool in Colleges like Nas's Fellowship at HARVARD as well as 9th WONDER, and Kendrick Lamar's Album being used at High Tech High School in N.J ,This Project is Destined to Break New Ground for The Hip Hop Community and Change Our World's View on The Potential Of Hip Hop Youth and Their Capacity to Affect Positive Change in This World! ~LORD JUDAH . Here is a Link to a recent documentary that we are a part of https://www.youtube.com/watch?v=gcElGeci4yE

This is something I have been thinking/talking about quite often as of late. Art has always been a tool of social justice and social justice itself. Have we lost sight of the works of so many wonderful people of color, artists pushing the edge with the expressions of sexuality, of self, of gender, poverty and questioning the oppressive structure of society we see generations fighting against today? I think there are many artists and organizations well aware of the fact that art IS social justice but those are the ones lacking funding or the necessary resources to reach the masses. The capitalist society we live in requires money to get a message out to the general public. Other than that the audience consists of people that seek social "conscious" "relevant" and "justice" work and experiences. I don't think this is at all a small field and a small group. I think there are a group of artists and organizations out there becoming better equipped and finding their spot at the table, whether the place is set for them or not.